So for a number of years, I've been looking ahead and trying to come up with things that I'll be checking out in the new year.


Dramas of Interest in 2015 – last year's list was painfully off. I watched one episode of Ya Leum Chan, didn't like it, some of YWCFTS, but liked neither. So let's try this again.

My pattern for watching Korean dramas held steady this year, nine of them just like in 2012, and 2013. There were a lot of noona romances, which I don't like, and reunited pairings in dramaland this year (which I do like!). .But Japanese doramas? Only watched two doramas this year. Honestly, I'm a bit embarassed by that, but consoled by the fact that I did try a number of them, I just didn't find anything that compelling to watch. 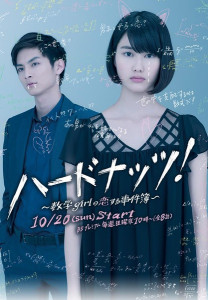 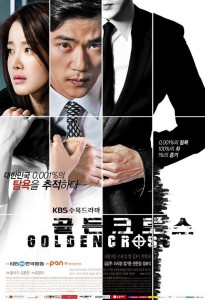 Also, I watched a lot more currently airing stuff, Korean dramas mostly then I'm used to, all 9 kdramas I watched aired in 2014. That is quite a record for me, and ensured me a fair amount of clunkers, and also I don't like to watch a bunch of different dramas at one time so that I meant I couldn't watch as many as I wanted to.

Link to last year's kdramas and jdramas here. Link to part one of 2014 end of the year list here.

It's a time of the year I really enjoy, its end. I like to look back, reflect over what I watched and did, and this year, I think I followed a more normal pattern of drama watching for me. I just watched what I wanted to, didn't make it a point to watch anything really except what caught my interest.

In 2013, I watched 1 Pakistani drama, 3 Chinese/Taiwanese dramas, 5 Thailand lakorns, 7 Japanese dramas, and 9 Korean dramas for a grand total of 25 dramas. 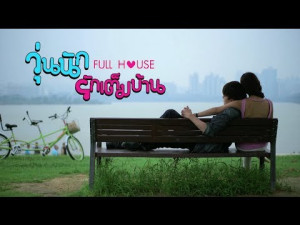 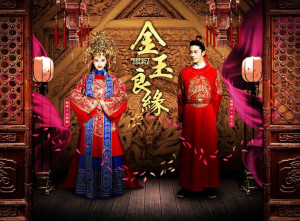 In 2014, I watched 1 Pakistani drama, 2 Chinese/Taiwanese dramas, 4 Thailand lakorns, 2 Japanese dramas, and 9 Korean dramas for a grand total of 18 dramas, down from last year's count mostly due to not watching as many Japanese dramas. Last year, i made a concerted effort to watch more Japanese dramas, so I'm not surprised about it.

This year, too, I was heavily invested in watching more Korean variety shows then ever, like The Return of Superman, Infinity Challenge, We Got Married, Hitmaker, Weekly Idol and more! That cut into my drama watching time as well.

This was not a good year for kpop and part of it was The Exodus 2014, so named after Exo members who left the group. Two members, Kris and Luhan, left Exo, Jessica left SNSD (or was told to leave),and MBLAQ? Recently both Thunder and Lee Joon left MBLAQ. Life goes on, but groups like MBLAQ? Who knows?.

Outside of the massive amount of scandals, musically speaking, this was YG's year to shine. They came out with a series of near perfect albums from 2ne1, Epik High, and Winner. While I didn't appreciate Taeyang or Akdong Musician's albums as much, they still had some great music on them.

In contrast, I can't really say the same of SM. Exo's latest mini album Overdose didn't live up to last year's album by any stretch of the imagination, while other popular groups like SNSD and Super Junior put out very forgettable music. JYP's efforts were better, with Got7 and Ha:tfelt, and I hope SM can come back strong next year.

And YG? Keep those hits flowing!

KPOP MUSIC – Ah, kpop in 2014 was a mess of scandals and group changes, from dating scandals to real scandals involving rape, people leaving massively popular (and not so popular) groups, and even death (RIP Ladies' Code). But let's focus on the music, not the scandals.

The soloists – Well, in my predictions for 2014, I expected to see more soloists from male groups and also new soloists from reality shows like Kpopstar. That turned out to be fairly accurate, only there seemed to be a lot of soloists from girl groups like T-ara and Wonder Girls too. And let's not forget comebacks from very popular soloists such as Seo Taiji and Park Hyo Shin this year.

There were some big names making comebacks like Psy, Rain, Taeyang, Ailee, Hyuna, and MC Mong, but a number of new soloists such as HA:TFELT, Hyomin, Kyuhyun, Zhou Mi arrived on the scene as well.

Taeyang's back! And I'm back because of Taeyang. I just felt like writing something. His new album Rise dropped June 2. The title song is okay, a slow R & B track, "Eyes, Nose, Lips". I like it, but "Love You to Death" is my favorite track. Especially when I read the lyrics, it just increased the love.

I like all the songs on the album, and love a few, but to me it doesn't compare to "Only Look at Me" or "Wedding Dress" which were Taeyang songs, i can't imagine anyone else singing them as well or better. These new songs, they feel like they could be sang by other people just as well or... better. Maybe I just need to adjust to this new style.

Overall, the album is such a departure from Taeyang's earlier efforts, less R & B, more pop and a bit more eclectic then I expected. It's not bad, just... different. Even his voice sounds different here. I think overall I would have preferred at least a few more straight R & B soul type tracks, as well as hip hop because Taeyang does it so well.

Yeah! A bit late, but better than never. Now time for some predictions. And looking back at my list of dramas of interest for 2013, how did that work out? 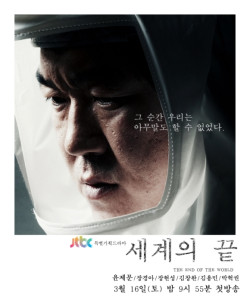 I'm gonna to a very quick run by of the top 2013 dramas I watched. I feel like I already talked enough about these babies.
This will be the last post I make until I feel like posting again.
( Collapse )

Chinese/Taiwanese dramas continue to be in a slump for me. I find most of the ones I'm interested in go untranslated, while lots of them that don't interest me, Love Me, Leave Me, Love Forward and so on are available to watch at Dramafever. With Thailand lakorns, I find there's a lot subbed that I want to watch, but I did concentrate on watching more Japanese dramas this year, and that pretty much filled up my drama watching time.

Ah, I'm going to have fond memories of 2013, despite some frustrations, namely at the self imposed challenges I took on this year. I didn't watch all the dramas that I wanted to, instead I was determined to succeed at the 2013 Drama Challenge that I made up and I DID IT! Thank goodness.

One of my main goals this year was to venture out of my comfort zone a bit, try some new things. I watched more Japanese dramas then ever before (last year I watched five) and my first saguek Conspiracy in the Court. Last year, I watched 20 dramas, this year 25, and next year? Next year, I'm taking a break from challenges and just watching whatever I want to, when I want to.

For last year's end of the year posts, see the tags for "lists" or use these links: part 1 Korean dramas, part 2 Japanese dramas, part 3 Taiwanese/Thailand dramas and part 4: Best of 2012 dramas. Last, but certainly not least, I tried to peer into the future of 2013 to see what dramas were in store. Fun.

I think I enjoy these sorts of posts most of all, looking back on the year. Next week is dramas. Today, I'm looking at kpop groups.

I never said it before, but my favorite kpop groups are Big Bang, Block B, Teen Top, loving the up and coming Bangtan Boys, and was disappointed at a lot of Shinee, UKiss, Infinite, and BAP's latest efforts, but I still like them. Rising interest in EXO, and Shinhwa. Old favorites of mine are DBSK (the original five), JYJ, Super Junior, MBLAQ, Beast, 2pm and CNBLUE. Whew!

Best Song: Shinee's Symptoms
For female groups, 2ne1 has some songs I enjoyed, I've loved all of Sistar19's releases so far, but I'm not a big fan of any female group, though I do like some of their songs here and there.

What did I like in 2013? Read on to find out. Part 1 featuring the kpop soloists can be found here.
( Collapse )
Collapse